You are here: Home > Be Careful Moving Within Canada Late in the Year
By Debi Peverill on December 7, 2016 in Debi’s Details 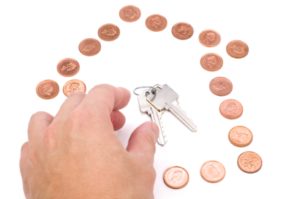 Many people are surprised at how much personal tax rates vary within Canada. When making the choice to move around within the country the provincial tax rate is not always considered.

Canadian residents pay tax in the province in which they are resident at December 31. There is no proration based on the number of months that you have lived in each province.

If you were  living in Alberta all year and then move to Nova Scotia in the middle of December, you will pay Nova Scotia tax for the entire year. The Nova Scotia personal tax rates are higher than the Alberta rates, so you will owe income tax when you file your personal tax return.

The question also comes up about how the decision about where a person is resident is made? Some situations are very clear. If you sell your house in Alberta and buy one in Nova Scotia then you become a Nova Scotia resident. Other considerations are where you are working, where you are paying rent, where your bank accounts are etc.

Consider your options, as there is no prorating of personal income tax, wherever you are living on New Year’s Eve that is the province that will charge you income tax for the whole year.

Debi Peverill is a unique individual: a Chartered Accountant with a sense of humour. She enjoys helping business owners and managers avoid making financial mistakes, and protecting them from the government and banks. To this end she has written a series of easy-to-read financial books and spends time sharing her wisdom and insights by speaking to groups of business owners and managers.
View all posts by Debi Peverill →
April 30 Not What It Used to Be
Governance in a Post -Truth World